Coffee is more than a passion, it’s our way of life

Family owned and operated, brothers Jason and Josh Bell got their start in specialty coffee in February 2010 at Kudu Coffee located at 4 Vanderhorst Street. The shop was under new ownership and as new managers, the guys quickly realized they had a lot to learn about specialty coffee and business.

After a year in the business, the boys jumped on a jet and flew to Houston to attend the 2011 SCAA Expo. It was an eye-opener as they began their formal education in the world of coffee. Over the years, in addition to barista and brewing courses, the guys would attend classes focused on coffee roasting, green coffee buying, coffee cupping & peer calibration, and more.

As the brother’s coffee journey continued, Josh had the idea to start roasting coffee for the shop. With that said, the search for further education began and they found themselves in Waterbury, VT for a week of roasting classes with Mané Alves at Coffee Lab International.

Money was tight but by the Spring of 2013 there was enough to move forward with the downpayment on a Diedrich IR-12.

With the roaster delivered and sitting in a warehouse at 708 King St, the next step was to build out the future roasting lab. Another year went by and finally, in August of 2014 they roasted their first batch of coffee in downtown Charleston.

Jason took the lead at the roasting company, now Springbok Coffee Roasters, and continued to push into the formal side of his coffee education. After attending a three day technical course at La Marzocco USA in Seattle, he also jumped in on a Coffee Quality Institute course at Balzac Brothers Green Coffee Importers and became a licensed Arabica Q-Grader.

During this nearly decade stretch of specialty coffee, many things have changed for the brothers both professionally and personally.

In 2017 the guys worked a deal with their investing partner and were able to purchase the company and take ownership as equal partners. 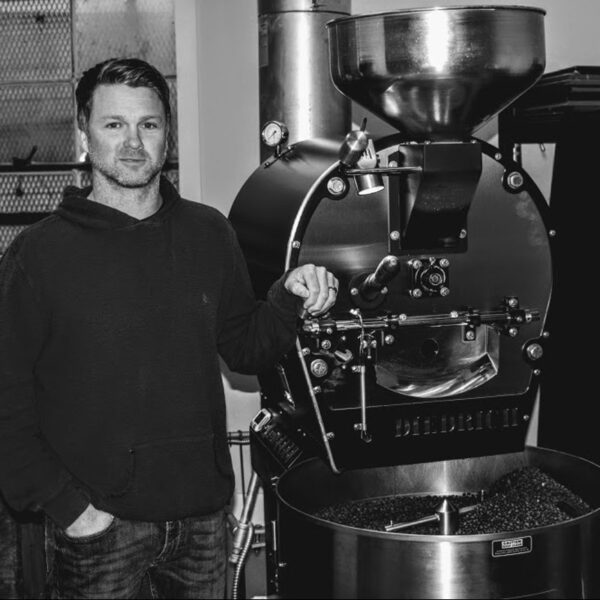 Josh is now full-time at Springbok as the Operations Manager and is the glue that keeps it together and running smoothly.

Jason married Sallyann, who he met while she was attending the College of Charleston and they have two incredible little boys and a sweet baby girl.

Josh met Beth, who worked next door to Kudu. They married and have a handsome little boy and a beautiful baby girl.

Though things were tough relationally for the brothers during the first years of the business, time, experience and family have renewed their vision and friendship. They are grateful for all they’ve learned and experienced in the past, but the future of Springbok Coffee Roasters is now their focus!

Enjoy our specialty coffees at these fine establishments in the Charleston, SC area, buy direct from our downtown Charleston roasting facility, or buy online and have it delivered right to your door.

The Daily at The Gibbes Museum

The Rise at The Restoration Hotel

Are you a coffee connoisseur or just a lover of ca

All you need is love- and a warm cup of Springbok

It always feels like Friday when you're sipping on

Our thoughtfully-sourced single origin and special

We prefer our coffee black☕. It's just that good

Error: API requests are being delayed for this account. New posts will not be retrieved.